​Emily Corwin’s erasures—poems created by erasing words from Teen Vogue magazine articles and maintaining the original position of the remaining words on the page—leave plenty of room for interpretation. To me, this text depicts a woman’s struggle with body image within a society that places too much emphasis on physical appearance. I was especially drawn to the themes of water and tearing that exist in all three poems, and I sought to represent these themes and the fragmentary nature of the text in my music. I invite all performers and listeners to take their own meaning from the words. 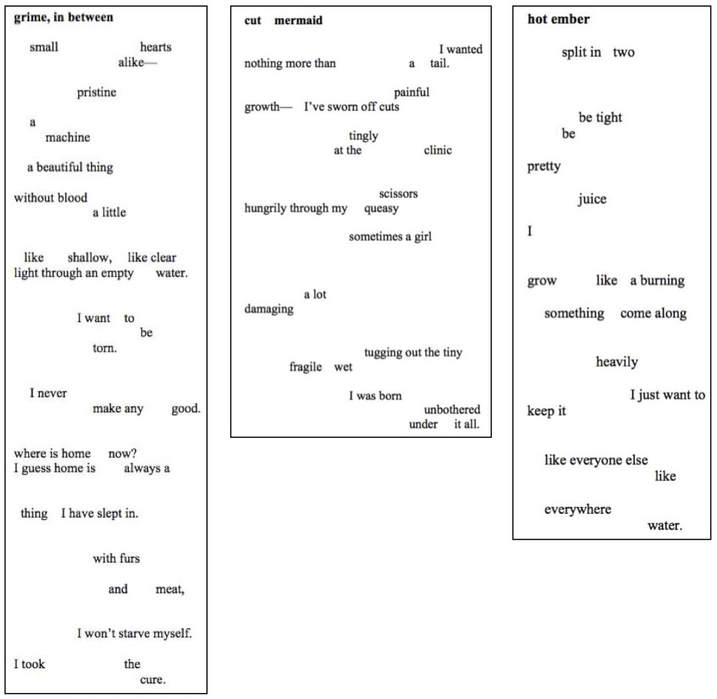 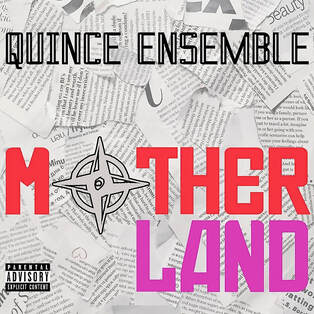